We are recruiting Serious and Casual players. Please fill out an application to get started. 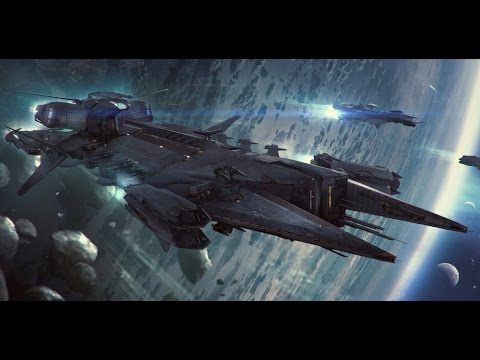 So this is the Q&A part 3 breakdown of the MISC Endeavor. Let's get to it.


The medical class will be an important profession.

Field triage during battles, stabilizing serious injuries, and transport to major hospitals are all major parts of this role.

Well trained medics can restart heats in the event of death, however the cause of injury must be fixed in-order to stabilize the person to keep them from dying again.

The re-spawn service an Endeavor can offer is a re-spawn point and delivery point for personal ships when the hospital offers a landing bay. The value of the re-spawn comes from the Endeavor being in prime locations such as in or near battles, or undiscovered space where there are no planets or other spawn locations. New spawned player will be able to get their ships delivered very quickly to the hanger. These services all come at a premium and spawn locations in the deepest part of space can command higher prices.


The spawn mechanics are well thought out. The ships captain controls who their spawn beacon is broadcast to. It can be limited to organization or based on reputation. There will also be a blacklist available for grievers or criminals. Delivery of ships will occur fairly quickly, as to make it profitable for the Endeavor and make it fun and usable for players.

When a re-spawned player requests delivery of the ship, they will have to wait in queue behind other players waiting. Ship deliveries might be quick, but still slow enough to be a penalty for dying. Once a ship arrives, it will be in the landing bay and players should immediately leave to free up the queue. The captain can jettison the contents of the hangar to clear it out if someone refuses to leave or other issues that may occur.

Farming is a viable profession. There are benefits of farming in space such as being able to plant quicker, which is an issue with exotic plants that have a limited viability in seed or in plant form. Being able to grow exotic plants that produces medicines have an obvious advantage when a research pod, to analyze the plants and create products quicker, is near-by.

This goes along with the other advantage that the Endeavor can be underway towards a marketplace when produced goods or crops can be grown and sold more efficiently than if grown on land. Land farming efficiency will be limited because of the need to gather supplies which can be far away.

Regarding offline play. Farming will not continue offline, and research will also stop. Research will be more interactive then just letting a computer number crunch requiring player to actively be researching. Plants will continue to grow if you head off to a city, however plants can die if you are away for to long.